Annotation: Micro-, meso-, and macro-litter along the Russian, Estonian, and German marine beaches will be monitored using the unified methodology, which will also be tested on the coasts lagoons, estuaries, and river mouths of the partner countries. Migrations of marine litter between the beach and underwater slope will be investigated, with emphasis on observations of massive litter beaching after stormy events. Link between marine litter and human pathogens will be examined. An impact of presence and migrations of litter in sea coastal zone on benthic ecosystems in coastal marine environment will be investigated in microcosm experiments. Numerical modeling will be applied to relate the amount and distribution of the beached litter to hydrophysical and meteorological conditions, allowing for the development of a new monitoring methods and a strategy for more effective cleaning of the sea coastal zone. The expected results include (i) implementation of the unified methods of the beach litter monitoring on the marine coasts of the three partner countries; (ii) results of testing of this methodology for coasts of lagoons and river mouths/estuaries, with development of specific recommendations; (iii) joint data base for the amount, distribution, and composition of the beach litter for all the monitored coasts; (iv) observational evidence and modeling substantiation of the linkage between external physical forcings and amount and composition of the beached litter; (v) development of physically-based strategy for cleaning of the coasts after stormy events; (vi) results of investigation of functioning of microbial biofilms on different sorts of plastic, disclosing the relationship between litter and human-pathogens; (vii) results of mesocosms experiments on effects of marine meso and macrolitter on benthic ecosystem; (viii) dissemination of the results via scientific publications, developed highschool teaching course, and public beach-cleaning campaigns in the partner countries. 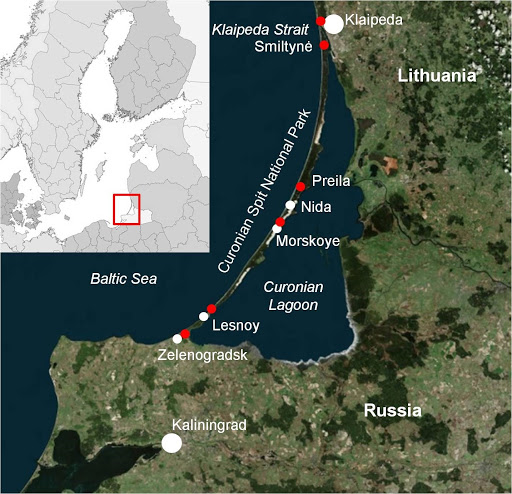 Monitoring sites at the Curonian spit 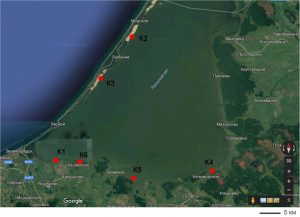 Monitoring sites at the coast of Curonian lagoon 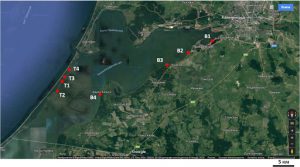 Monitoring sites at the coast of Vistula lagoon 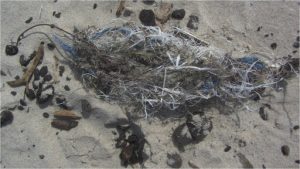 Litter at the Curonian Spit 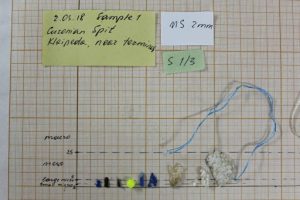 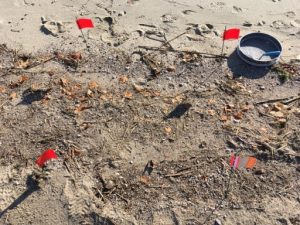 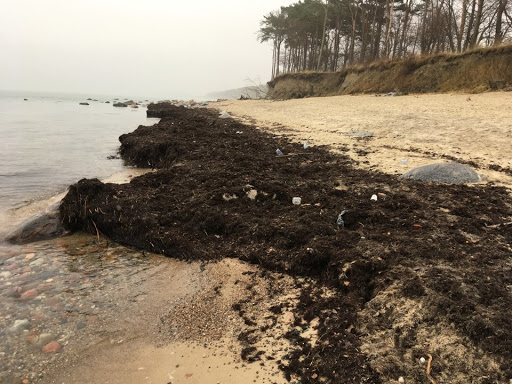 Massive littering events after the storm – a lot of algae and litter, including plastic pieces, are washed ashore (Kaliningrad region coast)